Maple Bacon Brussels Sprouts are way more delicious than the drab veggies we remember! You might learn to even LIKE them!

There are two things you should know about this recipe:

I made this recipe originally for the AIP by Season cookbook, which is the collaborative work of some of your fave AIP bloggers. More on that later…

I don’t know about you, but when I was growing up, I haaaaated Brussels sprouts! I’d try washing them down with my milk. I tried pushing them to the sides of my plate in hopes that my parents would think I’d eaten enough of them. Nothing I did seemed to matter. I still had to eat them, and I still despised them.

Fortunately, home cooking has come a long way since those days. (No disrespect to our moms!) We’ve learned about roasting our veggies to bring out some of the richness, and to caramelize them. We’ve learned that bacon pretty much makes everything taste better. And I think we can agree that the barest hint of maple syrup can add a little something to make even the bacon extra special! That’s pretty much what is happening here.

We also have the modern convenience of prepared produce to make our lives easier. Here, I’m using a 9-oz. bag of pre-shaved Brussels sprouts. Toss ’em in a bowl with some other yummy stuff, roast, and voilà!

Try this side dish next to:

If you really want to up your nutrient game, eat seasonally. The veggies will be at their peak! They are usually less expensive when in season, as well.

The cookbook in which this recipe originally appeared was written by over 20 wellness food bloggers, with each season represented. There’s a chapter just on the benefits of eating seasonally, an index of recipes, a coconut-free substitutions guide, and instructions on how to print it. Check it out right here.

Whether you eat seasonally, or not, I hope you’ll try this recipe, and learn to love those cute baby cabbages!

Maple Bacon Brussels Sprouts are way more delicious than the drab veggies we remember! You might learn to even LIKE them!

MY NEW COOKBOOK IS HERE!

wendisaipkitchen
•
Follow
🌟NEW RECIPE!!!🌟 Blueberry Pancake Syrup, just in time for Mother’s Day! 🙌🏼 This stuff is DELISH on your pancakes and waffles, whether you’re on a healing diet or not! And there is zero processed sugar in here, with most of the sweetness coming from the real fruit. And it’s just pretty! 🤩 Tap the link in my bio, and this photo for the recipe. 😁 (See what I did there? Now you can get live links for my recipes, because I love you. Mwah!) Enjoy, you pancake eaters! 💕😀💕 . . . @eatgangster #pancakes #pancakesyrup #blueberries #blueberrysyrup #aiprecipes #paleorecipes #glutenfree #glutenfreerecipes #dairyfreerecipes #allergyfriendly #autoimmuneprotocol #autoimmunepaleo #mothersdaybrunch #mothersday
View on Instagram |
2/9 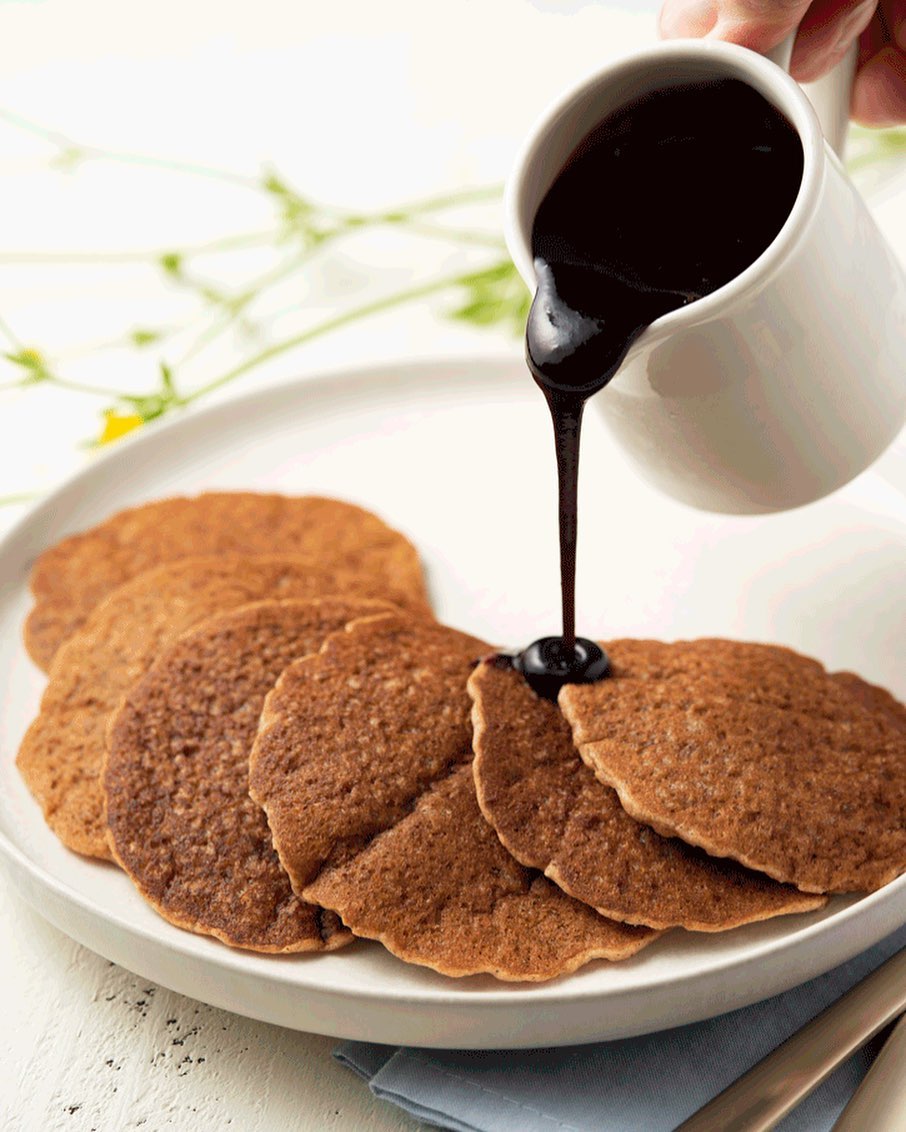 wendisaipkitchen
•
Follow
🥞Here’s a sneak peek at what’s coming to the blog this week: Blueberry Pancake Syrup!!! Woo hoo!!! 🥳 Wait. You don’t have pancakes??? Then get thy bootie over to @eatgangster for their pancake/waffle mix! There’s a live link in my bio. When you get there, just click on this photo. (Psst. If you use affiliate code WENDISAIPKITCHEN, you can get 10% off. You’re welcome. 😀) This syrup recipe will be out on Thursday. That’ll give you enough time to make some for Mother’s Day. 🥞 Have a great day, Beautiful!!! 🌷😊🌷 . . . #blueberries #blueberrysyrup #pancakesyrup #aip #aipdiet #aiprecipes #paleo #paleoaip #paleorecipes #noprocessedsugar
View on Instagram |
3/9

wendisaipkitchen
•
Follow
Are you getting enough 🐟 in your diet? One way to do that EASILY is to make this tuna bowl for one. It cooks up in 5️⃣ minutes! I have it for lunch quite often. Sometimes I make it for myself when the rest of my family has a pizza craving. Look at all those veggies! 👀 We’ve got white sweet potatoes, zucchini, green onions, kale and black olives. And tuna! I’m loving @portofinotuna because it’s packed in olive oil. Oh my YUM! 😋 Find the recipe on my site (link in bio) or here👉🏼: https://wendisaipkitchen.com/2019/07/25/tuna-bowl-for-one-aip-paleo/ Enjoy!!! 😀 . . . #tunarecipes #fishrecipes #recipesforone #aip #paleo #aiprecipes #paleorecipes #allergyfriendlyrecipes #autoimmuneprotocol #autoimmunepaleo #hashimotosdiet #antiinflammatorydiet
View on Instagram |
4/9 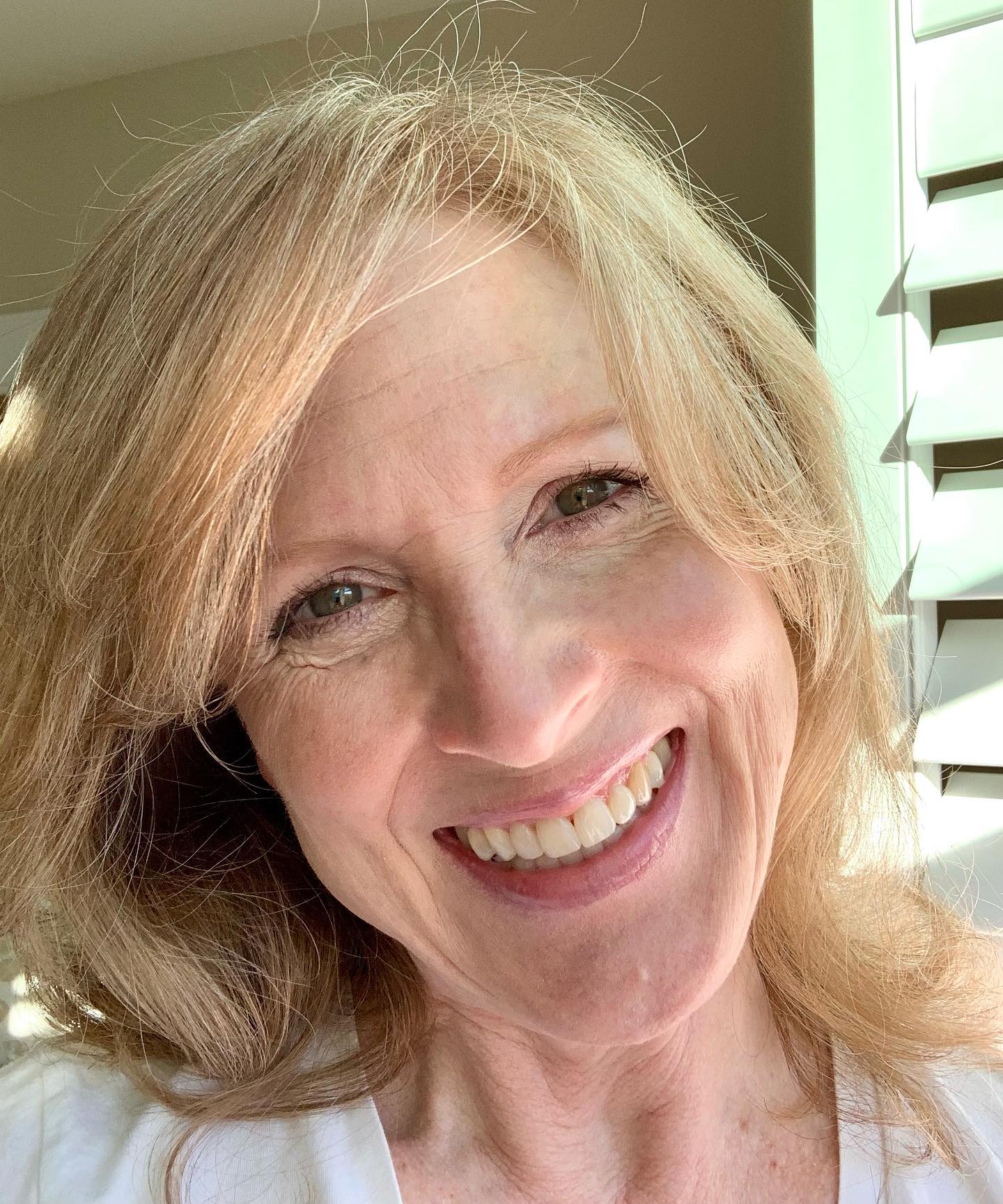 wendisaipkitchen
•
Follow
Some time ago, I did an honest review of @arazabeauty Paleo-certified makeup. And while it makes me nervous to stick my 50-something face up here instead of food photos, I’m sharing about this natural, luscious stuff. Just using it feels like an act of self care… And the review? Spoiler alert: I LOVE it!!! Not every product as you’ll see, but almost every one! 🥰 You can find my review on my website (link in bio) by typing “Araza” in the search bar of my site, or copying/pasting this in your browser 👉🏼: https://wendisaipkitchen.com/2020/11/27/honest-review-of-araza-makeup/ Aaaaaaand here’s a secret 🤫: you can get 10% off your order, using code Wendi10. There’s a live link in my bio to check them out, or here👉🏼: https://bit.ly/3eA2PUd Happy Friday, Beautiful!!! 😀 . . . #paleomakeup #nontoxicmakeup #aip #autoimmuneprotocol #autoimmunepaleo #naturalmakeup #naturalmakeuplook #aiplifestyle #over50beauty #over50style #healinglifestyle
View on Instagram |
5/9 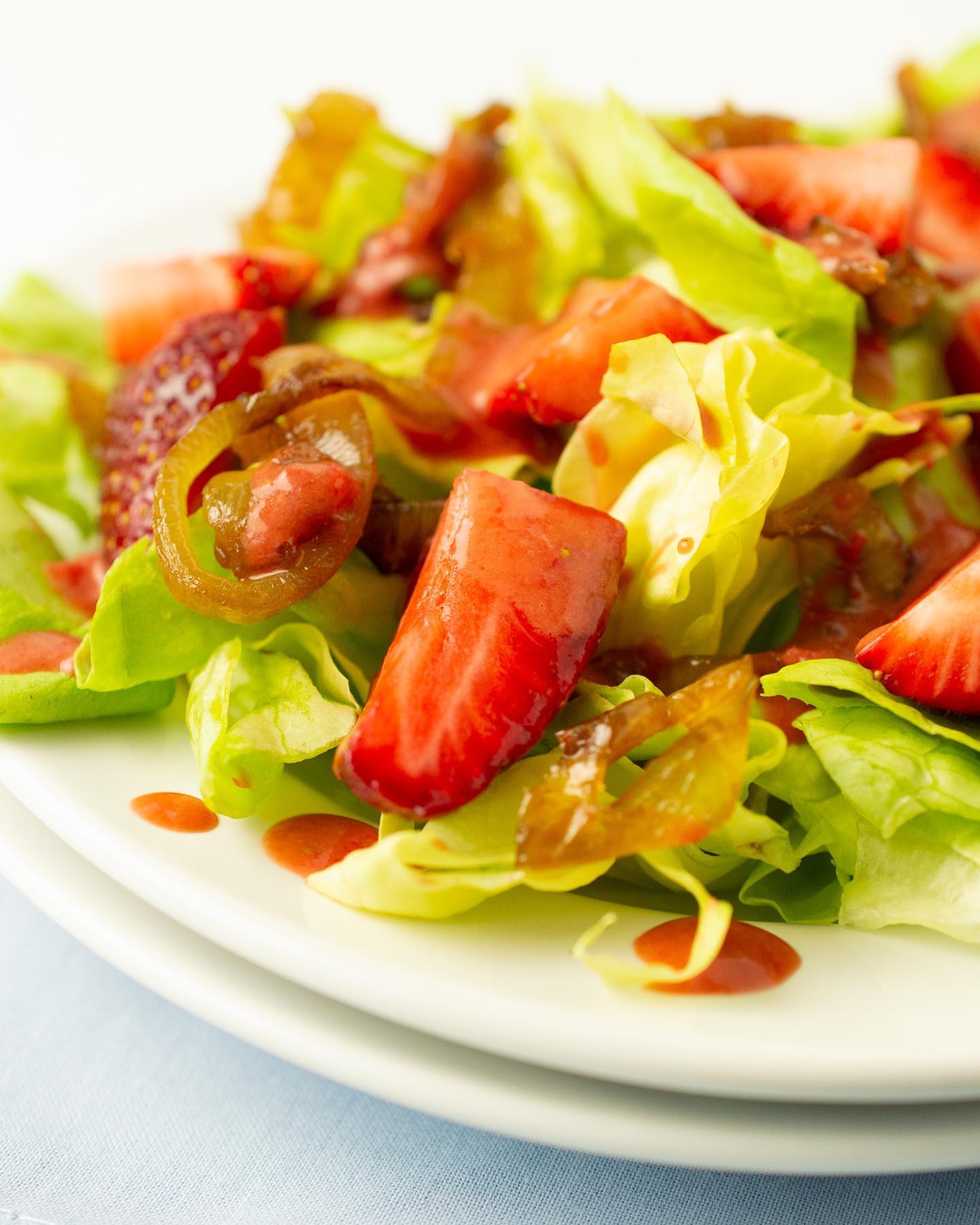 wendisaipkitchen
•
Follow
🍓Strawberry season is upon us! Oh man, I LOVE strawberries. If you do, too, try them on this Spring Salad w/Strawberry Balsamic Vinaigrette! Find the recipe on my site (link in bio). Type “strawberry” in the search bar of my site for all things strawberry, or copy/paste this link in your browser 👉🏼: https://wendisaipkitchen.com/2018/05/17/spring-salad-strawberry-balsamic-vinaigrette/ Happy spring, everybody!!! 🍓😀🍓 . . . #strawberries #aiprecipes #strawberryrecipes #paleorecipes #springrecipes #saladrecipes #glutenfreerecipes #allergyfriendlyrecipes #autoimmuneprotocol #autoimmunepaleo
View on Instagram |
6/9

wendisaipkitchen
•
Follow
🌟NEW RECIPE!!!🌟 These Ranch Chicken Nuggets (AIP/Paleo) taste like they’re already dunked in ranch dressing - but feel free to dunk anyway! 😀 You won’t need any fries. Just serve with raw veggies! 🥦🥒🥕 (Note: the sugar snap peas in the photo are an AIP Stage 1 reintroduction.) You might be curious about the breading. How do we get the crunch? Wellll… cereal! Yep! I’m using @eatlovebird unsweetened cereal in the breading. It works perfectly! (I’ve got a link in my bio for the cereal. Use code WENDISAIPKITCHEN for 10% off to try them!) The recipe is linked right now in my bio. Go get some nuggeeeeeeeettttssss! 🏃‍♂️ Happy spring, everybody!!! 🥦🥒🥕😀🥕🥒🥦 . . . #aip #aipdiet #aiprecipes #aippaleo #aipprotocol #paleo #paleorecipes #glutenfreerecipes #allergyfriendlyrecipes #autoimmuneprotocol #autoimmunepaleo #healthydinnerideas
View on Instagram |
7/9 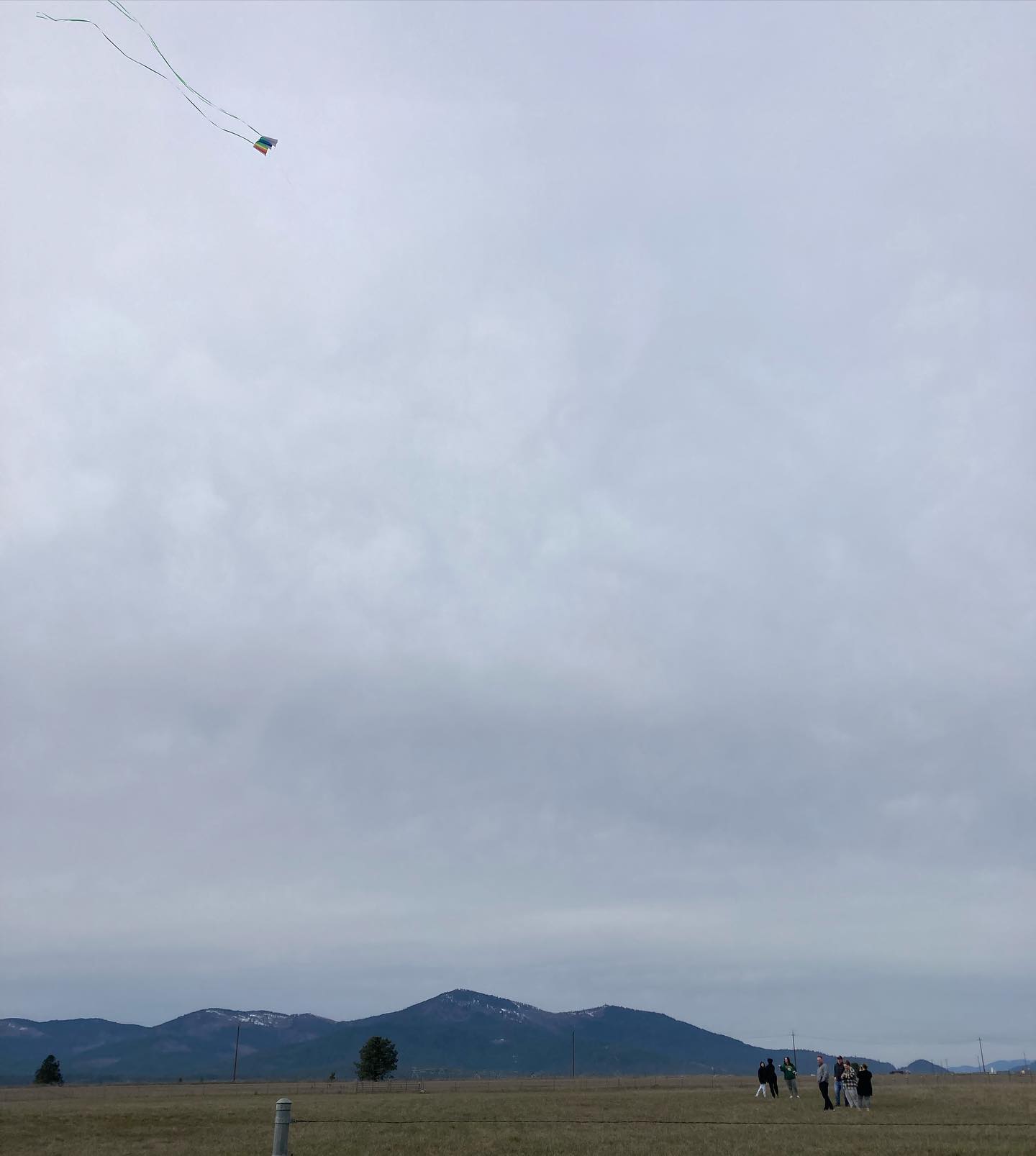 wendisaipkitchen
•
Follow
Death is always a surprise when it comes - even though we know it comes to everyone, eventually. And nobody tells you how to deal with the death of a parent. There’s no playbook, no manual, no how-to. You can wonder, guess, imagine what it will feel like, but until it comes, you really don’t know. My mom died yesterday morning, suddenly. She’d had open heart surgery almost three weeks ago, and seemed to be doing very well, but abruptly and painlessly left us with my dad, the love of her life, by her side. No matter how “complicated” a relationship you have with a parent, they’re still your parent, and it hurts when they leave. I’m 2,000 miles away from my family. That hurts, too. I’m comforted that I got to see her just before her surgery, and that she got to meet her great-grandson. We were able to gather and wish her well. Last night, my siblings, their spouses, Dad, nieces and nephew gathered at the house, and flew a kite in the field behind the house. It seems fitting. I promise to be back soon with positivity (she would want that), photos of food, and recipes. For now, I’m going to buy some yellow flowers and some Bailey’s Irish Cream in tribute. (Sometimes, you gotta screw the diet because of life. And death.) Bye for now, Mom. I’ll see you on the flip side. 💔
View on Instagram |
8/9 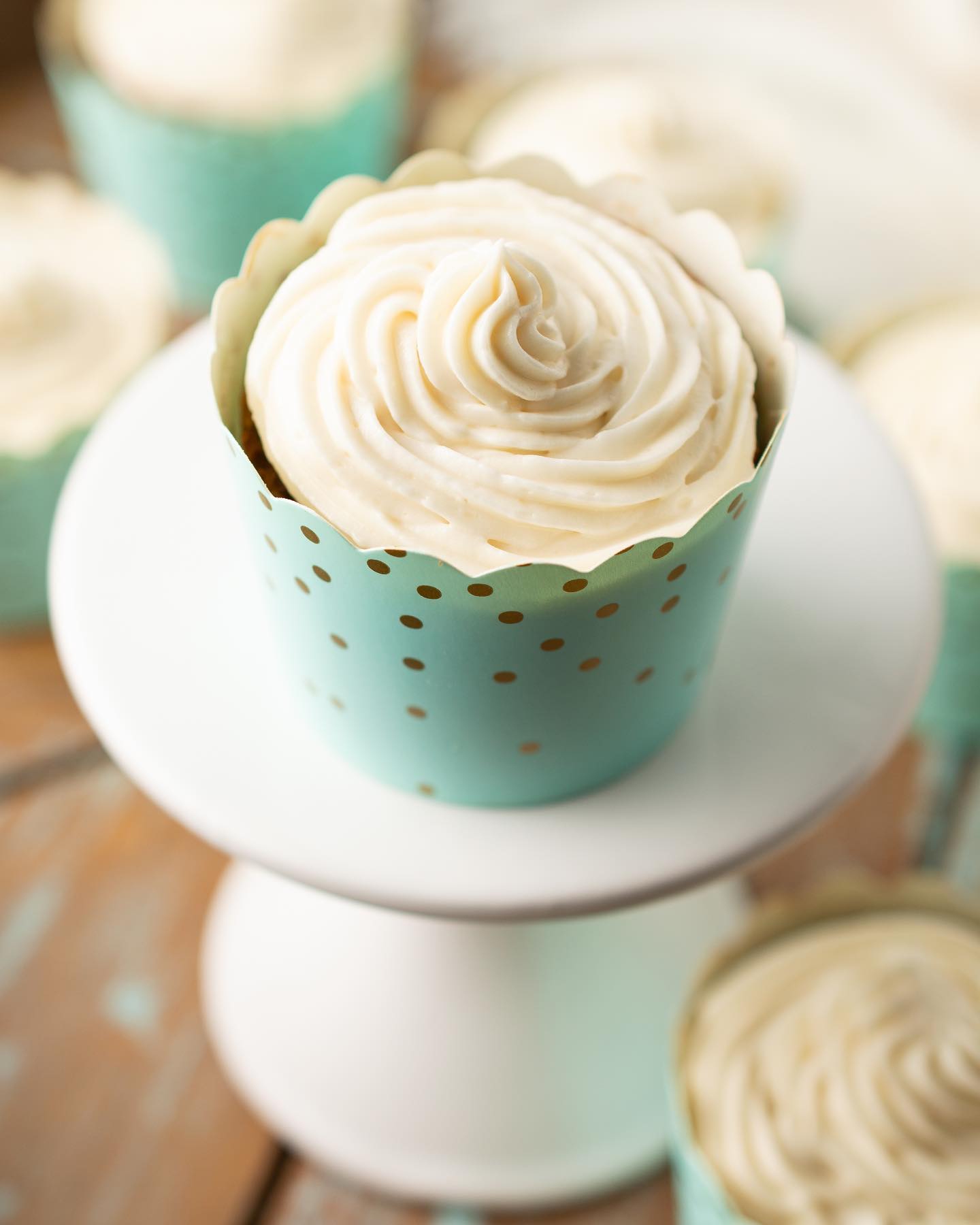 wendisaipkitchen
•
Follow
🐣 Carrot Cake Cupcakes! 🐣 These lovelies live in my recipe called “Carrot Cake Everything,” which is one recipe that you can use several different ways. 🐣 You’ll find a frosting recipe there that is ever so slightly lemon-y, making it the perfect frosting for carrot cake. 🐣 The link to my site is in my bio. Once there, type any keyword in the search bar. Or copy/paste this👉🏼: https://wendisaipkitchen.com/2020/09/03/carrot-cake-everything-aip-paleo/ 🐣 Happy spring!!! 🐣 . . . #carrotcake #carrotcakerecipe #aip #aipbaking #paleo #paleobaking #eggfreebaking #aiprecipes #paleorecipes #glutenfreebaking #autoimmuneprotocol #autoimmunepaleo #allergyfriendly #allergyfriendlyrecipes #easterrecipes
View on Instagram |
9/9
View on Instagram
Loading Comments...
%d bloggers like this: