This Pumpkin Pie (AIP/Paleo) recipe might actually be easier than traditional recipes. You bake the crust, and the refrigerator does the rest. Time saved!

It is embarrassing for me to admit, but it has taken me two years to finally achieve a pumpkin pie without eggs, gluten and processed sugar. Why should I be embarrassed, though? I mean, inventing baking recipes on the AIP is unbelievably challenging! It’s like trying to fix a truck without a wrench. 😂

If you have ever felt disappointed by your attempts to bake on the AIP, let me let you in on a secret: my first rendition of this pie went straight into the trash. It was a gross soupy thing that was the color of something no one – and I mean no one – would want to eat. 😳

But then I figured out what happened.

I was baking the filling in the pie shell.

Why is that a problem? Wellllll… in a traditional pumpkin pie, there is usually an egg (not AIP), which will solidify when exposed to heat. And, dear reader, do you know what happens when you expose gelatin to heat?

Once I figured this out, I was on my way. This is as close as I could come to my favorite pre-AIP pie recipe. I will tell you that some testers have found it not sweet enough. Understandable, since most pies aren’t for people on a healing diet. I like it! But let me know what you think. Do you miss all that brown sugar, or are you happy with the level of sweetness?

My pie crust recipe is free of sugar. This is for two reasons: I use the crust for savory dishes like my Mini Chicken Pot Pies, and again… the whole sugar thing.

I promise you that the crust will break, but it is suuuuper forgiving. If a piece breaks off, just moosh it back on. If one side of the pie has less dough at the edge, take a bit of dough from the other side, roll a cylinder, and stick it to the skimpy edge. (I did that in the very pie pictured!) Just don’t freak out about it, K? Who needs that kind of stress???

This Pumpkin Pie (AIP/Paleo) recipe might actually be easier than traditional recipes. You bake the crust, and the refrigerator does the rest. Time saved!

wendisaipkitchen
•
Follow
🇫🇷 Trip to Paris, Day 6: Six things you might not know about Paris. Also, these reels are way too short for me to tell you how wonderful this place is! We go home tomorrow. À bientôt, Paris!!! 💗 #paris #parisfrance #travel #traveltips #paristravel #paristraveltips #foodblogger #jaimeparis #americaninparis
View on Instagram |
1/9 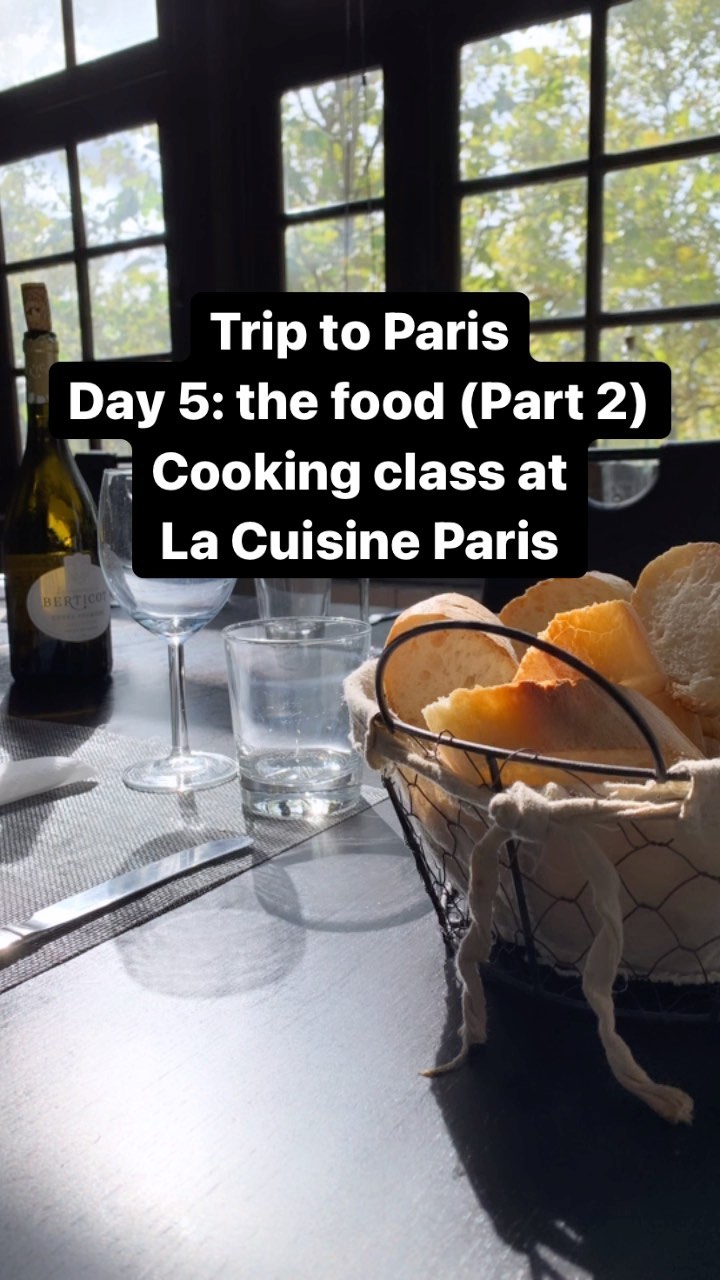 wendisaipkitchen
•
Follow
🇫🇷 Trip to Paris, Day 5: COOKING CLASS! (The food, Part 2) 👩🏼‍🍳🇫🇷 This was the most fun we’ve had so far this trip! We took a cooking class with a French chef who worked at a Michelin restaurant. I am one LUCKY little blogger. 😀 Come along, and see what we did - from market to school, and soup to dessert. Thank you, Chef, for being such a fun teacher, and sharing your knowledge with us. It’s an experience I won’t soon forget… 🥰 @lacuisineparis #paris #parisfrance #jaimeparis #cookingclass #cooking #chef #foodie #foodies #foodiesofinstagram #foodstagram #foodporn #yolo #bucketlist #foodblogger #americaninparis #notpaleo #notaip #foodinparis #travel #paristravel #whattodoinparis
View on Instagram |
2/9 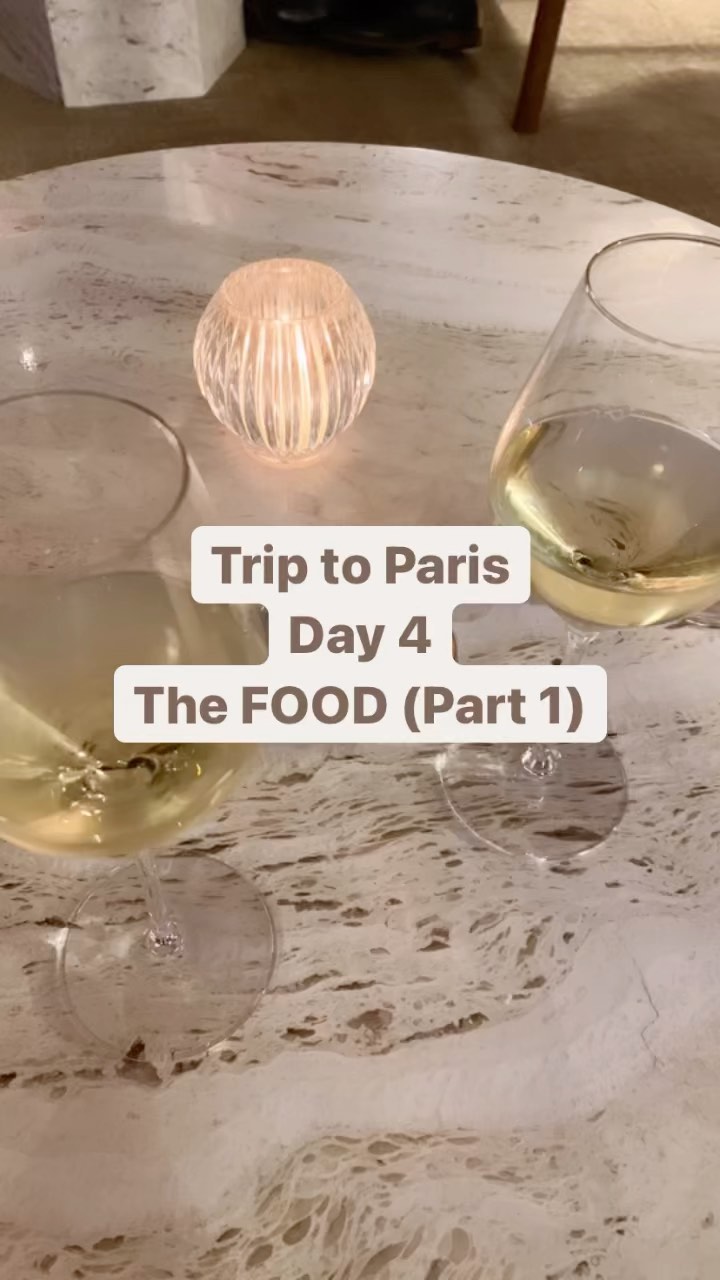 wendisaipkitchen
•
Follow
🇫🇷 Trip to Paris, Day 4: The FOOD! (Part 1) 🇫🇷 France is ALL about the food, and with good reason. The food here is AH-mazing, which is why you’re going to see more about the food from me! This vid shows a few of the NINE courses of dinner we had. I mean… 🤤. FYI, the restaurant is @chocho_paris , Chef Thomas Chisholm presiding. (Yes, he’s American, but he’s been here for a loooong time.) Kudos to you, Chef, for your creativity! Wow. And thank you. Sincerely, An American Foodie in Paris 💕 #foodie #foodiegram #foodporn #foodstagram #paris #parisfrance #travel #cestsibon #jaimeparis #foodblogger #parisrestaurant #yolo #enjoylife #notpaleo #thecameraeatsfirst
View on Instagram |
3/9 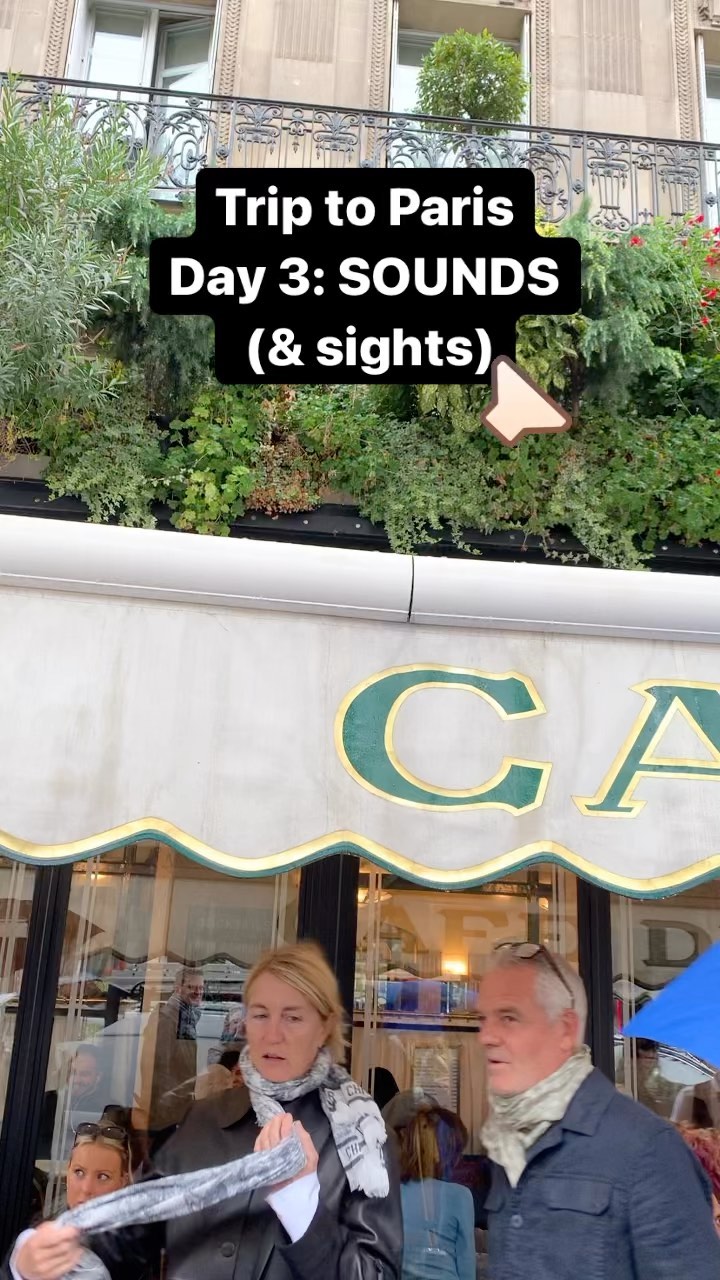 wendisaipkitchen
•
Follow
🇫🇷 Trip to Paris, Day 3: Sounds and sights! 🇫🇷 Every country has its own unique SOUNDS. Here are some fun ones from the City of Lights. (My favorite in this vid: the bells of Saint-Sulpice!) 😊 #paris #parisfrance #americaninparis #travel #jaimeparis #cityoflights #soundsofparis #autoimmuneprotocol #foodblogger #france #yolo #enjoylife #carpediem #bucketlist
View on Instagram |
4/9 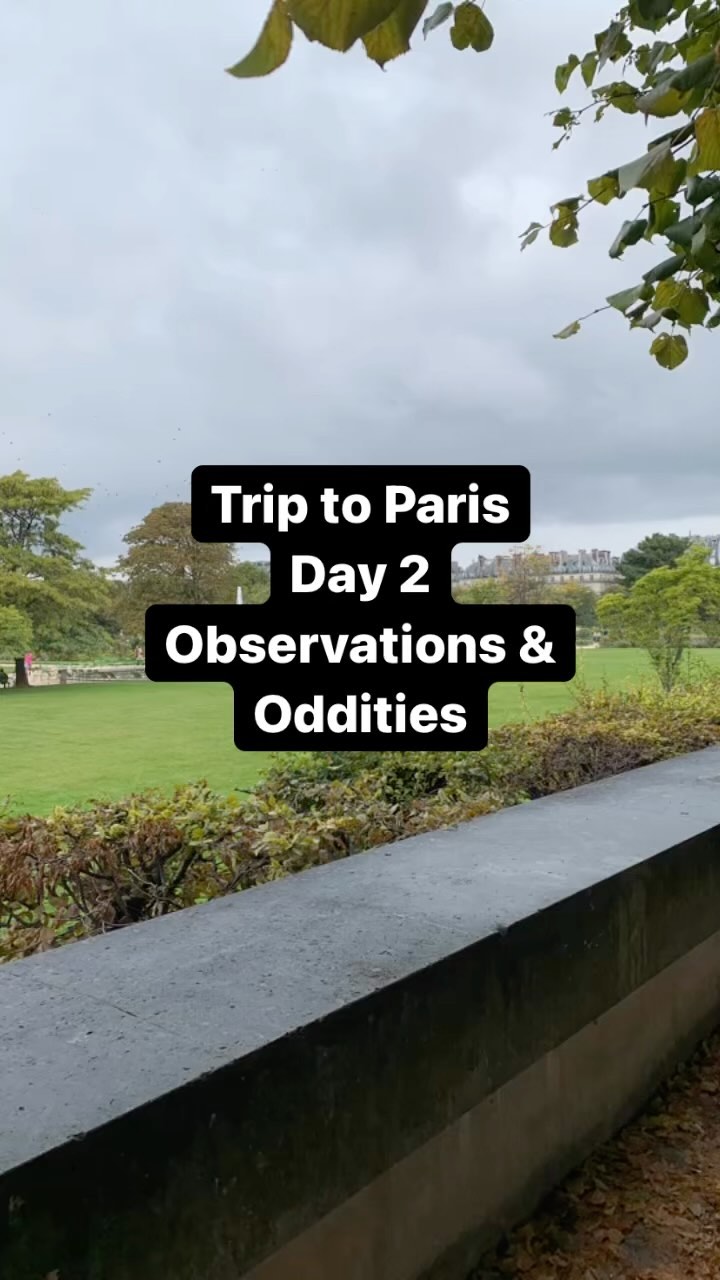 wendisaipkitchen
•
Follow
🇫🇷 Come with me on a petit voyage à Paris! 🇫🇷 Just for the fun of it, I’m bringing you on my trip. Here’s a little “amuse bouche”… 🥰 Enjoy! Bisous! 😘 #paris #travel #triptoparis #france #americaninparis #foodblogger #autoimmuneprotocol #autoimmunepaleo
View on Instagram |
6/9

wendisaipkitchen
•
Follow
🍎 Oh, wow. These 𝗔𝗽𝗽𝗹𝗲 𝗕𝘂𝘁𝘁𝗲𝗿 𝗠𝘂𝗳𝗳𝗶𝗻𝘀 are to die for! They are soft, fluffy, warm and spiced just so. When you bite into one, you will not be feeling deprived for being on the AIP. These are the real deal. And just imagine the fragrance coming from your kitchen as they bake! Aaaahhh... ☺⁣ ⁣ 🍎 This recipe is in my brand new cookbook, 𝘛𝘩𝘦 𝘈𝘶𝘵𝘰𝘪𝘮𝘮𝘶𝘯𝘦 𝘗𝘳𝘰𝘵𝘰𝘤𝘰𝘭 𝘉𝘢𝘬𝘪𝘯𝘨 𝘉𝘰𝘰𝘬. Have your reserved your very own copy yet? We are going to have a BLAST baking together!⁣ ⁣ 🍎 Go see! 👀 Click the link in my bio, then look for the blue button. I can't wait for you to have this book! 😀⁣ ⁣ 🍎 Happy baking, and happy fall, everybody!!!⁣ ⁣ 🍁😊🍁
View on Instagram |
7/9 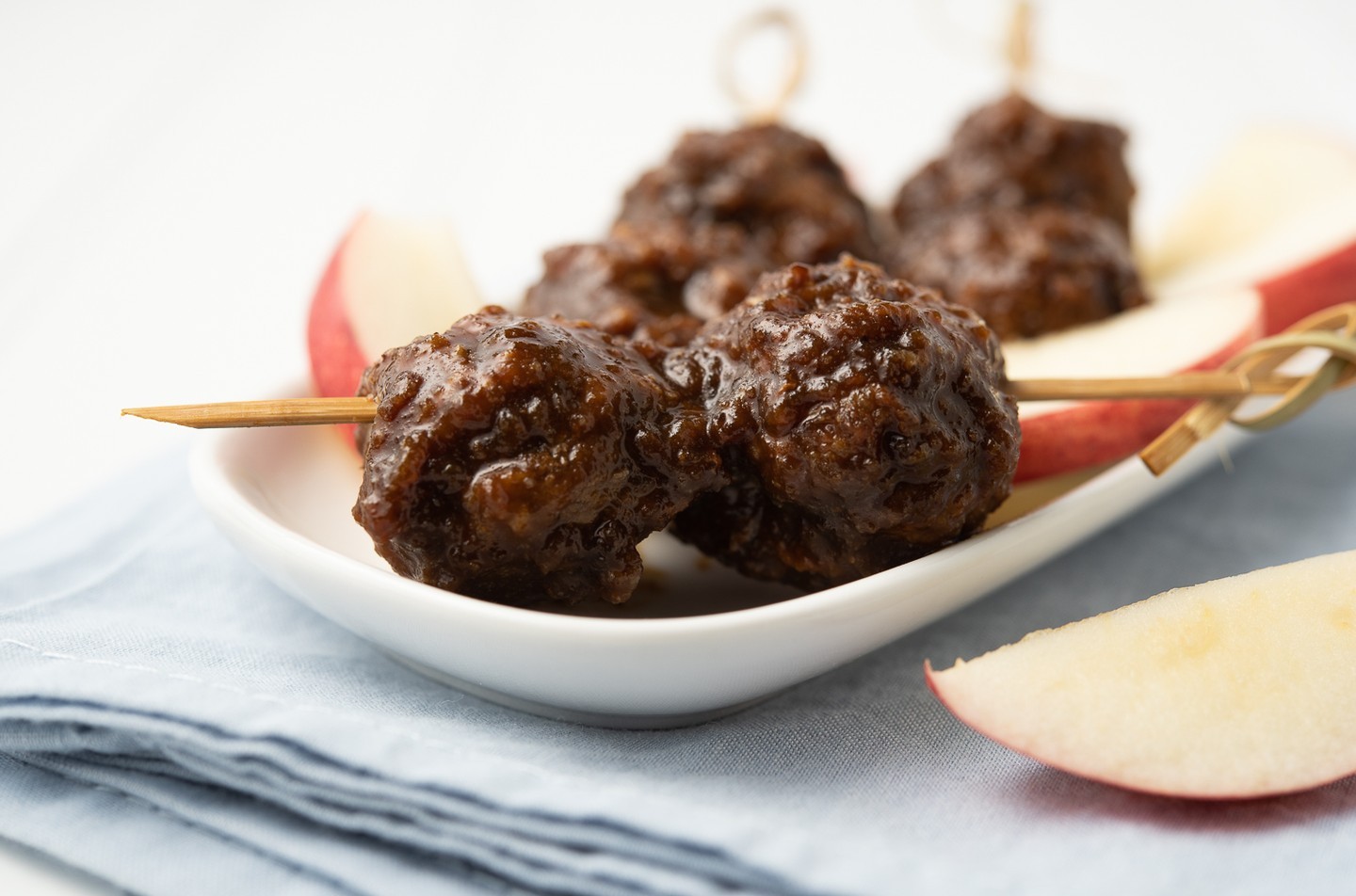 wendisaipkitchen
•
Follow
🍎 𝗔𝗽𝗽𝗹𝗲 𝗣𝗼𝗿𝗸 𝗕𝗕𝗤 𝗠𝗲𝗮𝘁𝗯𝗮𝗹𝗹𝘀! 🍎 These little guys make a great appetizer, tailgate nosh, or even a main dish. They go under the category of Nobody-Will-Know-It's-AIP. They are just yummy meatballs - the perfect fall dish!⁣ ⁣ 🍎 There is a very slight hint of bacon from pork panko, and one sneaky addition - pumpkin purée. I promise, you won't be able to taste it, but you'll be giving yourself and your guests a few more nutrients. 😁⁣ ⁣ 🍎 For the recipe, click the "smart bio" link in my bio, then look for this picture. It shall be yours!⁣ ⁣ 🍎 Happy fall, everybody!!!⁣ ⁣ 🍁😊🍁
View on Instagram |
8/9 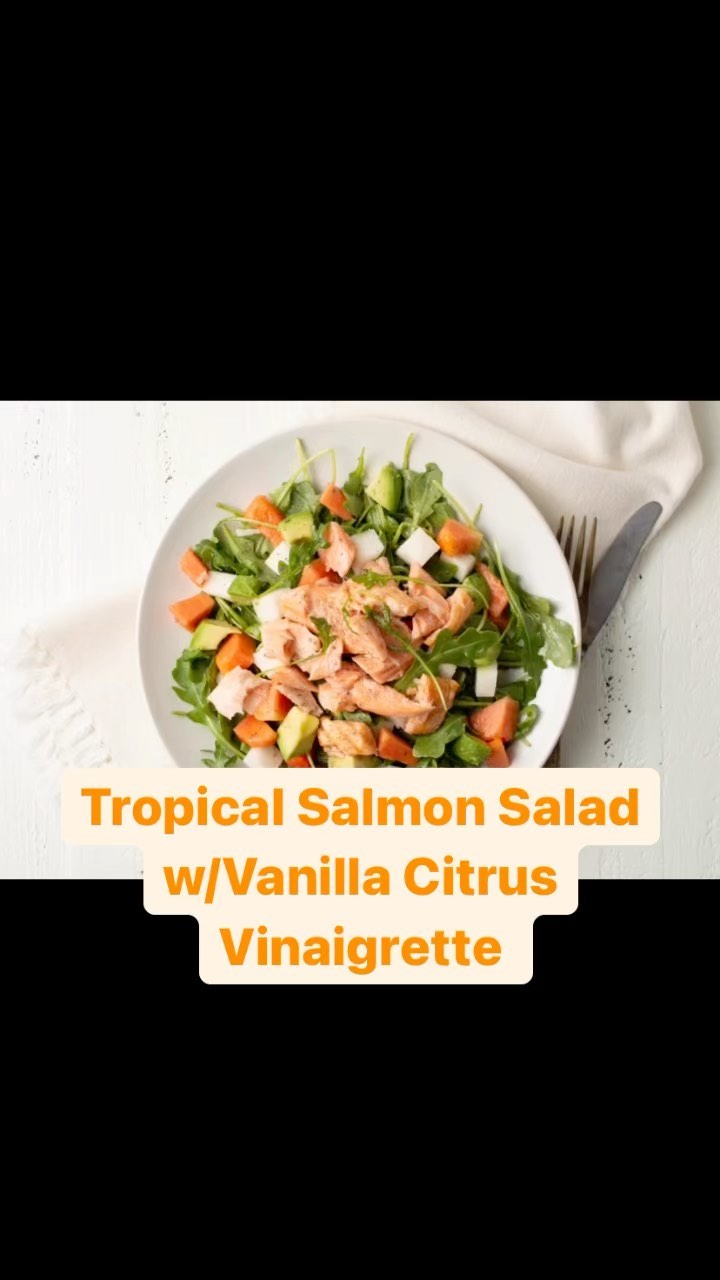